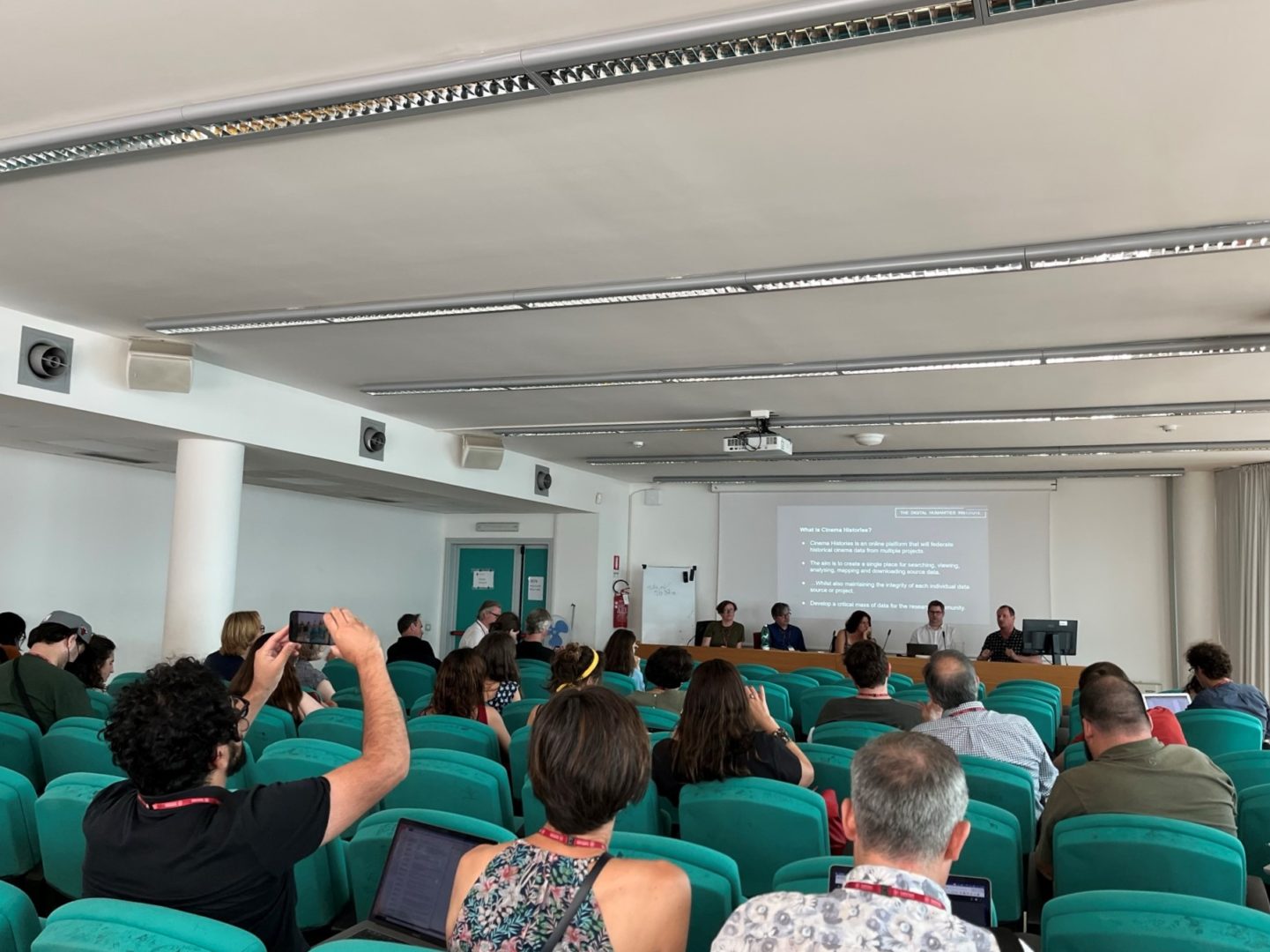 The team presented the European Cinema Audiences research at the HoMER conference hosted at Sapienza University of Rome in a dedicated panel and host a workshop on the launch of the Cinema Histories platform.

This panel presented a first overview of the oral history data and its main characteristics before exploring two specific aspects of the research projects: the films our audiences remembered and the venues where those films were screened.

The paper presents an analysis of the oral history data collected for the project adopting two complementary and overlapping perspectives. Firstly, we will focus on the thematic nodes used to analyse the video interviews and provide an overview of the comparative analysis of common and different tropes emerged from the personal narratives of cinema-going. Secondly, we will highlight how the study of the oral history data can be enriched and more thoroughly understood when described in conjunction with attributes (such as, age, education, and political and religious affiliations) of participants living in seven different countries and belonging to a variety of cultural traditions. Focusing on the intersection of thematic nodes and respondents’ attributes from a comparative perspective allows us to highlight patterns and variations concerning cinema-going habits and attitudes in Europe during the 1950s.

Paper 2: “It was stuck in my head”: meaningful memories of 1950s films across European audiences

This paper will explore the memories of films across the European Cinema Audiences oral history in order to engage with the broader discussion within New Cinema History on the role of film in the process of remembering the experience of cinema-going (Kuhn 2022, Terrill 2021). Its aim is to explore what are the most remembered films, what specifically audiences remember of their favourite films and how these memories can be compared across the different countries investigated in our project. In order to do so, we will be applying the taxonomy developed by Dibeltulo and Treveri Gennari (2021). We will identify the “self-defining memories” (Fivush et al 2011: 333) of films that “ become personally significant and integral to individuals’ understanding of who they are” (at the heart of autobiographical memories), and we will compare them to examine the place of film in a transnational dimension. This meaning-making process will hopefully shed light on the social and cultural contexts available to our respondents as they reconstruct their self-image as film-viewers in the past at the present time. Ultimately, tracing patterns of these ‘meaningful memories’ (Genova 2021) will provide a new understanding of how they are formed and on the traces they leave after over fifty years.

In this final paper we will be mapping memories of cinema-going to the typology of cinemas developed in our article Defining a typology of cinemas across 1950s Europe (Participations, 2021). Taking into consideration the classification of cinema theatres developed within the ECA project and used to compare film exhibition and consumption, we will investigate how memories of cinema-going collected within the seven cities the project focuses on, reflect or diverge from the typology of cinema and its characteristics defined using programming and exhibition data. Whilst in our article we have defined the cinema typology using data related to, for instance, geographical location, programming, seating capacity and ticket price, memories of cinema-goers provide a more thorough understanding of the cultural and entertainment landscape and the role cinema played within it. Assumptions and conclusions derived from the analysis of quantitative data can therefore be challenged, supported and better understood by considering the oral histories of cinema-goers who attended a specific cinema and recollect a memorable experience of watching a film.

Several digital projects have been developed over the last few years with the intention of providing researchers with searchable platforms for cinema data and consequently encouraging collaborations across projects that investigate  diverse geographical and temporal dimensions.

The European Cinema Audiences (ECA) digital archive is an example of such a platform, which – based on and inspired from the Cinema Context dataset and data model – aims to integrate programming, exhibition and oral history data of seven countries across Europe.

The Cinema Belgica (CB) platform, which is also inspired by the Dutch Cinema Context’sdata model, offers researchers detailed data on film exhibition places, programming, censorship and other types of information (e.g. box-office data on a selection of venues) in Belgium.

However, in collaboration with the Digital Humanities Institute at the University of Sheffield, the new Cinema Histories (www.cinemahistories.org)archive aims to act as a model for other New Cinema History current or future projects, who intend to compare any of their data with other datasets. The Cinema Histories archive is an online space where comparative analysis, visualization and investigation across different datasets is made possible.

In this workshop, in the first part we will present the model developed through both the European Cinema Audiences, and Cinema Belgica. We will explain how the data collection and upload has taken place, and we will present examples of analysis and visualizations across the data integrated in the new Cinema Histories archive.

In the second part, we will conduct an exercise where participants will be able to investigate specific research questions and explore the potential of comparative analysis and visualizations. We will make use of three datasets (ECA, Cinema Belgica and Swedish Cinema) in order to investigate programming patterns in different European cities across different periods of time. 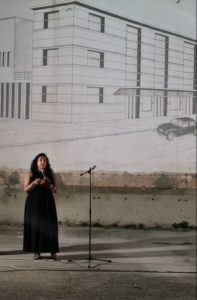